The cavitation air flotation system utilizes a rotary cutting impeller to rotate at a really large rate under the running of a motor. The centrifugal force draws air from the impeller rapidly to produce atomized bubbles. The negative pressure develops in the impeller, and the air is drawn from the intake pipe. With the stirring of the impeller, the air is crushed into fine bubbles. After being thoroughly mixed with water, these bubbles are thrown on the blades and stabilized by the fairing plate. After continuing to flow, they stabilize and rise vertically in the flotation cell. Fine air bubbles adhere oil and suspended matter to the water, forming floating sludge with lower specific gravity than water, thereby separating them from the water surface. That’s how the cavitation air flotation system purifies wastewater.

The working principle of traditional pressurized dissolved air flotation methods is to rely on a pump to recirculate a part of the purified water into the dissolved air tank after the air floatation and at the same time to pressurize the air through the pressure of air compressors or ejectors. In a dissolved gas tank, air is dissolved in water under a certain pressure. Then, the pressure of the dissolved gas was returned to normal pressure by a release device, and a large number of fine air bubbles were released to adhere to the floc. Therefore, the floc in raw water can be removed due to the adhesion of air bubbles. 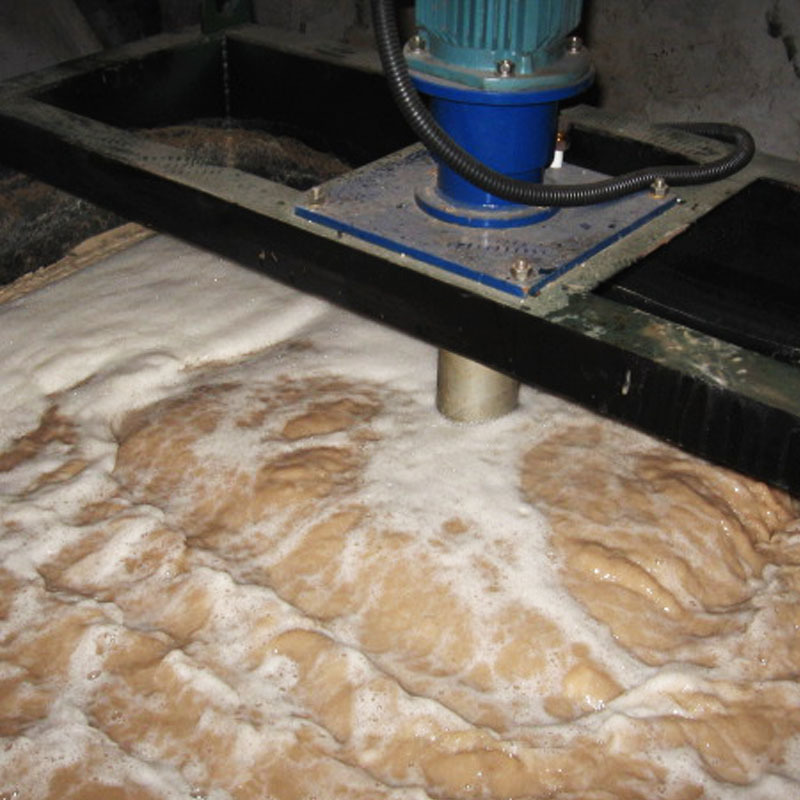 Sometimes, the cavitation air flotation system can cause unstable dissolved water and unstable removal effect. The chief reason is the formation of dissolved gas can not be achieved. Sometimes, in the dissolved tank, there is no dissolved gas formed even if the dissolved gas tank has a high pressure of 0.4 MPa. In these cases, the released dissolved water is a kind of small water droplets or large bubbles, even if it seems to be milky white dissolved water. It can not bring excellent release effect and effective removal. So the purpose of purification can not be achieved. However, you can trust Jinwantong’s CAF system. Our experts have been working on this problem for a long time and have improved our cavitation air flotation machines in this term.

The cavitation air flotation system is extremely effective in removing suspended solids and colloids, as well as in eliminating greases and oils.

- Generally speaking, with the appropriate dosage of reagents, the total efficiency in separating suspended solids (SS or MES), greases and oils (A and G) exceeds 90%; depending on the application, it can reach 99% at the most extent.

– The value of reduced biological oxygen demand (BOD5) depends on the organic content and biodegradability of the solids separated in each case, but in general, a CAF system can reduce the average 40-70%.

– Because it does not include biodegradability, the percentage reduction in chemical oxygen demand (COD) is usually slightly higher than the above percentage, which makes it possible to exceed 70% with the cavitation air flotation, especially at higher suspended solids concentrations.

The CAF system has many advantages. We have made a brief summary as follows: